“PAN! Our music odyssey traces the history of the steel drums that revolutionized the culture of the Caribbean islands.”

Between 1939 and 1945, at the height of the Second World War, civilized nations were tearing each other apart. In the Caribbean, in Trinidad and Tobago, gangs from the poorer quarters stole drums of petrol from American bases.They invented a new musical instrument: the Pan.

In just a few years, the Pan had conquered the world, and steel bands had sprung up in all four corners of the Earth.

Each year in Trinidad, orchestras of some 100 musicians come from all over to meet and play in the world’s biggest Pan event: the Panorama.

This film is the story of the fight against authority of those who risked all for the existence of their art form. It is also the story of defiance by the French, the Japanese, the Americans and the different generations who gather in the Caribbean to play out their passion, a universal human adventure.

This docu-drama (80’ and 3 x 52′), shown on France Televisions and PBS-USA, traces the history of those who invented the Caribbean’s most famous musical instrument. The film won many international awards: among them Best Documentary in Canada’s Reelworld Film Festival, and a Jury Special Mention at the FEMI in Guadeloupe. It was also nominated in festivals such as the International Film Festival in Washington DC and the St. Barth Festival du Film. 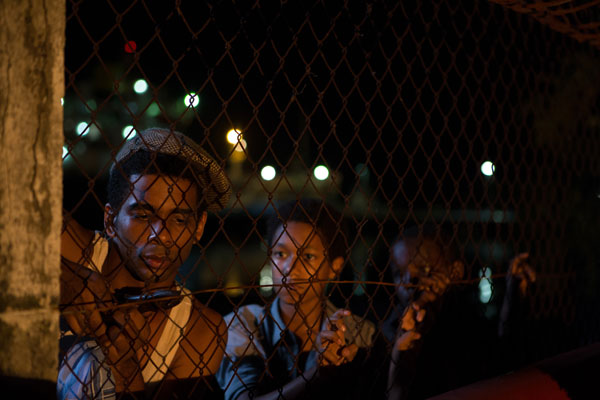 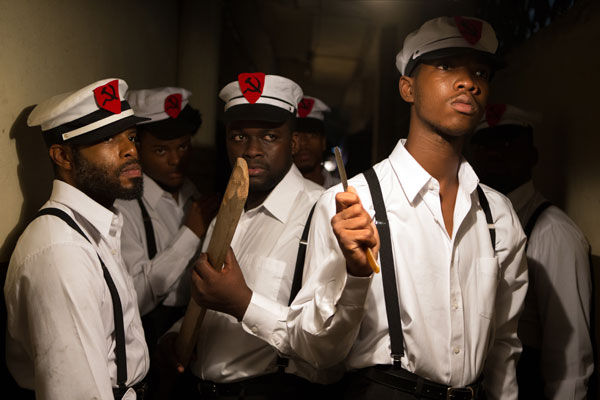 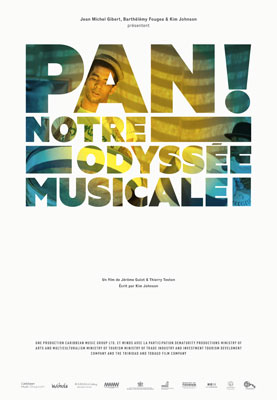 In keeping with our multi-media vision, PAN! has also been expanded across several different media… 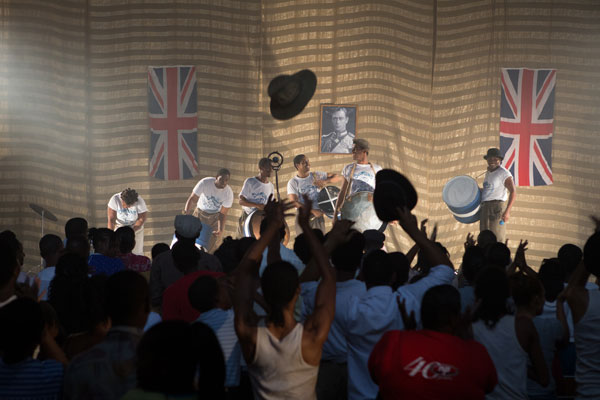 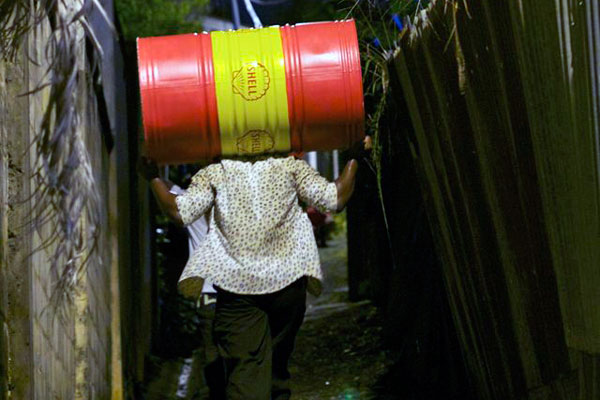 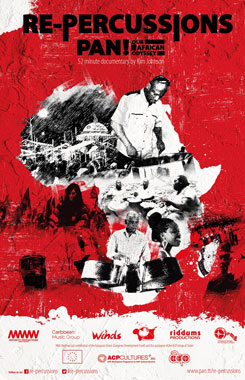 Re-percussions is a film that traces the African origins of the Steelpan. With its origins in African slaves’ drums, it is now a totally separate orchestral instrument.

Far, far away from the Caribbean, 26 year-old Eva is Parisian, and a passionate Pan player. When she was a child she went with her father to every rehearsal and was only slightly interested in the instrument. But since his death she has dedicated her whole life to this strange metallic instrument.

In the Panorama – the world’s biggest Pan event that brings together thousands of musicians – Eva will step onto the soil of Trinidad and Tobago for the very first time. It’s an island at the heart of her personal story, yet she knows nothing about it.

Co-produced by Winds and France Télévisions
Produced by Barthélémy Fougea 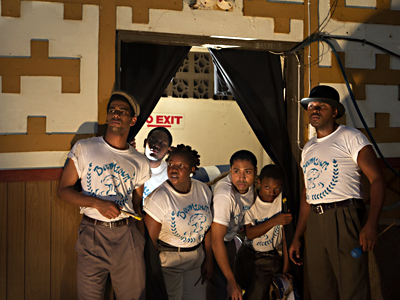 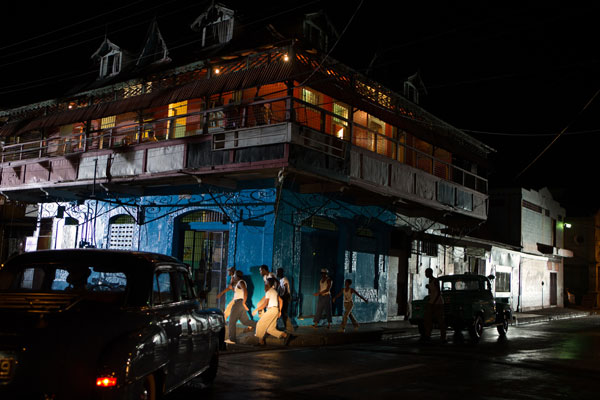 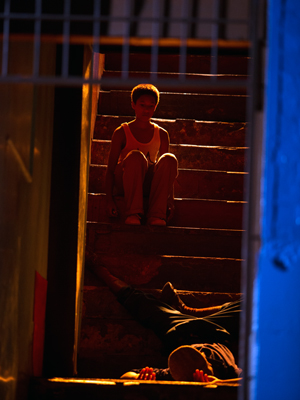 By producer of singer CALYPSO ROSE, who won the 32 Victoires de la musique in 2017 (world music prize) with her album “Far from Home”.

This superb box set tells the story of that unique percussion instrument, the steel drum, invented in the 1940s in Trinidad, and known as the “pan”.

The set is comprised of a DVD of the docu-drama that relives the turbulent story of the pan, and a CD with the original film score plus several bonus tracks. In it, the Pan holds place of honour in many contexts, modern or vintage.

It is heard on beach bands, solo and in a variety of orchestral versions, but also coupled with Jamie XX’s electronics, and, of course, with the Queen of Calypso, Calypso Rose herself.

As for the iconic Street Calypso interpreted by the combined artistry of Lola, Gordon Cyrus, Junior Don & 105, this song represents a perfect fusion of its historic inheritance and its modern approach. 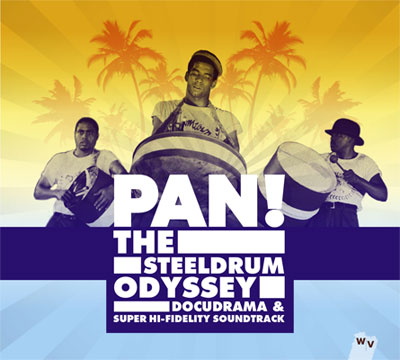 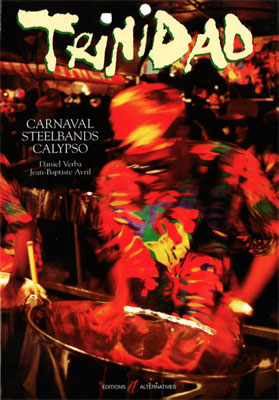 Each year the frantic wind of carnival blows across Trinidad and Tobago. The carnival is a tradition dating from the brief presence of the French on this fascinating Caribbean island. At carnival time, descendants of African slaves, Indians, Creole whites, Chinese, Arabs and Europeans get together for one of the headiest cocktails of festival in the world.

The young Republic of Trinidad and Tobago can in fact lay claim to the original notion of having built its cultural and social identity on a musical phenomenon of great fascination to the passing visitor: the steel band. In a population of just over one million, there are almost 20,000 musicians directly involved in the Panorama competitions in which steel band orchestras give themselves over to long weeks of musical jousts whose size and volume seems limitless.

The illustrated story of pan

The Illustrated Story of Pan is a must-have for the library of every music lover. It contains incredibly rare and iconic photographs that illustrate the story of pan.  It is both a photographic panorama and a work of love, but also a book full of stories for those who are passionate about music.

The photos are an amazing testimony to the way in which an instrument, a movement and a whole way of life developed on Trinidad and Tobago to produce the national instrument of that island. The deep empathy and insight of author Kim Johnson make for passionate and unique interviews (Kim is the scriptwriter of the docu-drama Pan! Our Musical Odyssey).  This book about pan is the most in-depth and complete photographic record to date. 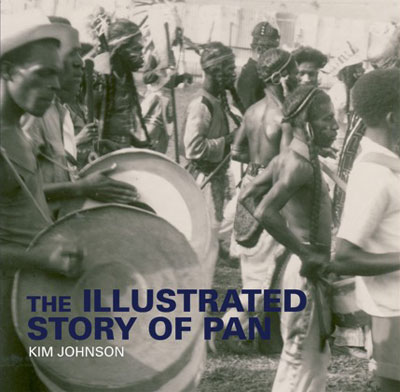