We develop transmedia  projects that span adventure and discovery as well as society’s major international issues.

Teach me if you can, documentary series

We’ve all had a teacher who’s changed our lives. A man or a woman who’s spotted in us some hidden talent of which we were not aware. Someone who has helped to shape us into what we are.

More than anyone else, it is teachers who are able to change a child’s destiny. It is they who are the unsung heroes and heroines who shape tomorrow’s adults.

Often, they influence the life of entire local communities. Their life outside school is as important as their life inside the classroom: within the heart of village life these teachers contribute to finding solutions to problems, and help to change attitudes. 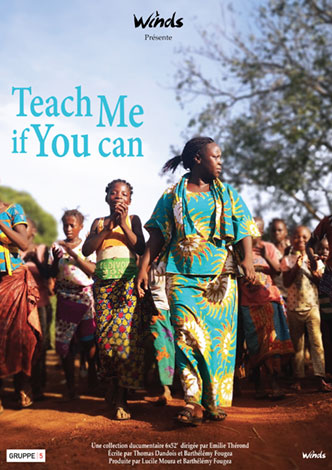 In Search of Roots

There are territories on earth where skills, rites and traditions have been better preserved from standardization than elsewhere. They are islands and enclaves, some surrounded by water and others land-locked. They are isolated, set apart, and home to millions of cultures waiting to be discovered. Their isolation does not protect them from everything, which is perhaps a good thing. It makes their identity all the more unique.

I suggest that we travel together, from Jamaica to Bhutan, Trinidad and Tobago to Mongolia, to meet people who live suspended between two worlds, and who offer us an incredible diversity of artistic, linguistic, cultural and environmental traditions.

Their age-old legacies should prove to be essential to us in our own modern worlds. 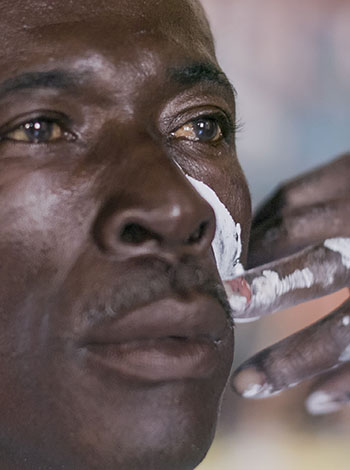 A Night on Earth

When the sun sets, the moon, the meteorites, the comets, the stars, the planets, and the whole universe appear and slowly unveil themselves. Night creatures awaken, get busy, sing, flee, or kill … and yet we know nothing about them. During the night, being able to detect the invisible is a matter of survival. For those living in the Earth’s shadow, darkness is filled with lights, sounds, and smells – a multitude of sign that we cannot perceive.

Equipped with new generation of cameras capable of extreme low-light sensitivity, we can finally render visible the invisible, discover the hidden face of wildlife, and explore the untraceable paths that animals follow. The night is a balcony overlooking the universe.

Under the glow of the moon and the stars, a new territory unfolds that the film-maker can now explore. This nature and wildlife adventure thus also becomes an adventure of science.
Each episode will be dedicated to the discovery of nocturnal ecosystems, through an emblematic animal from each environment, which will guide us through the night meeting unknown nocturnal species. The series as a whole will draw a picture of various nights on Earth depending on latitudes and longitudes, climates and landscapes. Brazilian Equatorial rainforests, African savannah, Chinese Himalaya’s mountains, Patagonian desert, Japanese biodiversity, where life expresses itself through the unique rhythm of the night. 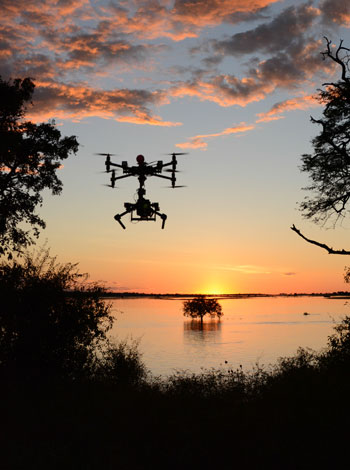 Menino and the children of the world

Menino and the Children of the World is an animated web series that mixes live action and animation. The animated character of Menino (meaning ‘little boy’ in Brazil), plays the major role in this web series.

It is through the drawn character of the little boy Menino that in each episode we discover the different cultures, games and ways of life of the children who live in all four corners of the Earth. 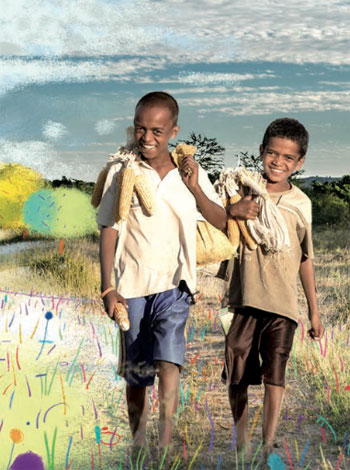 According to the Gospels and other texts with similar accounts, Joseph of Arimathea, a noteworthy and official disciple of Jesus, obtained Pontius Pilate’s consent to remove Christ’s body from the cross. He wrapped him in white linen and buried him in his own empty sepulcher.

Peter and John were only able to travel to the location two days later since the Sabbath had prohibited activity the day before. By that time the body had disappeared and all that was left under the linens was the shroud. They took it away and sheltered it. What started was an epic mystery which lasted centuries, and remains to this day one of History’s greatest enigmas. 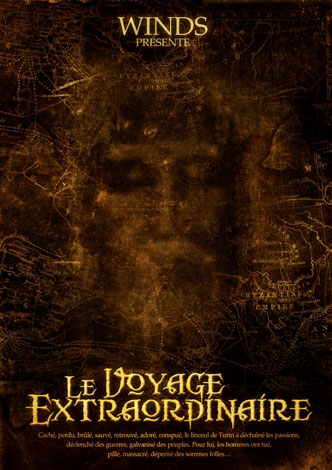 The Trial of Jesus

Judas, 33 AD. Emperor Tiberius dispatches his emissary, the loyal Caïus Gracchus, to Jerusalem. His mission : to report on the state of affairs of Pontius Pilate, who governs the region. Many complaints have reached Rome regarding the behavior of the prefect. Some of his actions have upset the Jewish population that Tiberius wishes to maintain in peace. However, while Gracchus investigates the various affairs relating to Pilate, he discovers another affair, one that is three years old and one that few people still remember; the death sentence and crucifixion of a rabbi from Gallilee named Jesus.

Not fully understanding the veritable reasons for his death sentence, Gracchus begins an investigation…

Based on an original idea by Barthélémy Fougea 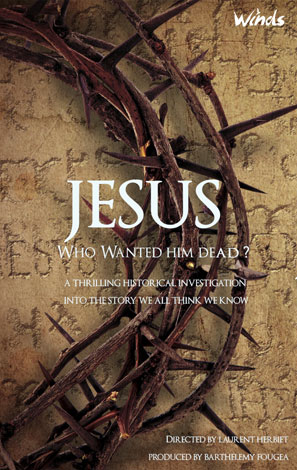 On October 12th 1929, Antoine de Saint-Exupéry arrives in Argentina to try to open a new route for the commercial airlines company l’Aeropostale : “The Patagonia Line” meant to connect Buenos Aires with the remote Tierre del Fuego. It is the most important position of his career as an aviator. He is 29. The bet is really extravagant. To take up that challenge, Saint-Exupéry surrounds himself with his friends and fellow aviators, Mermoz and Guillaumet. Their story looks like the land of contrasts they have to conquer.

The pilots brave strong winds blowing north from Cape Horn, storms, torrential rains, the cold, the snow, ice, risking their lives at each flightThey know they are writing history.

The inhabitants of the villages in Southern Patagonia have a fifteen-day journey to reach the capital by boat, air travel will free them from their isolation, will relieve them of their desert.

Based on an original idea by Barthélémy Fougea 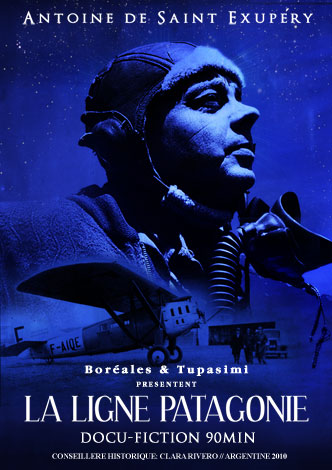